One major factor in your credit score is how much revolving credit you have versus how much you're actually using. The smaller that percentage is, the better it is for your credit rating.

The optimum: 30 percent or lower.

To boost your score, "pay down your balances, and keep those balances low," says Pamela Banks, senior policy counsel for Consumers Union.

One strategy: See if the credit card issuer will accept multiple payments throughout the month.

"A good way to improve your credit score is to eliminate nuisance balances," says John Ulzheimer, a nationally recognized credit expert formerly of FICO and Equifax. Those are the small balances you have on a number of credit cards.

The reason this strategy can boost your score: One of the items your score considers is just how many of your cards have balances, says Ulzheimer. He says that's why charging $50 on one card and $30 on another instead of using the same card (preferably one with a good interest rate), can hurt your credit score.

The solution to improve your credit score is to gather up all those credit cards on which you have small balances and pay them off, Ulzheimer says. Then select one or two go-to cards that you can use for everything.

"That way, you're not polluting your credit report with a lot of balances," he says.

3. Leave old debt on your report

Some people erroneously believe that old debt on their credit report is bad, says Ulzheimer.

The minute they get their home or car paid off, they're on the phone trying to get it removed from their credit report, he says.

Negative items are bad for your credit score, and most of them will disappear from your report after seven years. However, "arguing to get old accounts off your credit report just because they're paid is a bad idea," he says.

Good debt -- debt that you've handled well and paid as agreed -- is good for your credit. The longer your history of good debt is, the better it is for your score.

One of the ways to improve your credit score: Leave old debt and good accounts on as long as possible, says Ulzheimer. This is also a good reason not to close old accounts where you've had a solid repayment record.

Trying to get rid of old good debt "is like making straight A's in high school and trying to expunge the record 20 years later," Ulzheimer says. "You never want that stuff to come off your history."

If you're shopping for a home, car or student loan, it pays to do your rate shopping within a short time period.

Every time you apply for credit, it can cause a small dip in your credit score that lasts a year. That's because if someone is making multiple applications for credit, it usually means he or she wants to use more credit.

However, with three kinds of loans -- mortgage, auto and more recently, student loans -- scoring formulas allow for the fact that you'll make multiple applications but take out only one loan.

The FICO score, a credit score commonly used by lenders, ignores any such inquiries made in the 30 days prior to scoring. If it finds some that are older than 30 days, it will count those made within a typical shopping period as just one inquiry.

The length of that shopping period depends on the credit score used.

If lenders are using the newest forms of scoring software, then you have 45 days, says Ulzheimer. With older forms, you need to keep it to 14 days.

Older forms of the software won't count multiple student loan inquiries as one, no matter how close together you make applications, he says.

Trying to get rid of old good debt 'is like making straight A's in high school and trying to expunge the record 20 years later.'

If you're planning a major purchase (like a home or a car), you might be scrambling to assemble one big chunk of cash.

While you're juggling bills, you don't want to start paying bills late. Even if you're sitting on a pile of savings, a drop in your score could scuttle that dream deal.

One of the biggest ingredients in a good credit score is simply month after month of plain-vanilla, on-time payments.

"Credit scores are determined by what's in your credit report," says Linda Sherry, director of national priorities for Consumer Action. If you're bad about paying your bills -- or paying them on time -- it damages your credit and hurts your credit score, she says.

That can even extend to items that aren't normally associated with credit reporting, such as library books, she says. That's because even if the original "creditor," such as the library, doesn't report to the bureaus, they may eventually call in a collections agency for an unpaid bill. That agency could very well list the item on your credit report.

Saving money for a major purchase is smart. Just don't slight the regular bills to do it.

Sometimes, one of the best ways to improve your credit score is to not do something that could sink it.

Two of the biggies are missing payments and suddenly paying less (or charging more) than you normally do, says Dave Jones, retired president of the Association of Independent Consumer Credit Counseling Agencies.

Other changes that could scare your card issuer (but not necessarily hurt your credit score): taking cash advances or even using your cards at businesses that could indicate current or future money stress, such as a pawnshop or a divorce attorney, he says.

"You just don't want to do anything that would indicate risk," says Jones.

You should be laser-focused on your credit score when you know you'll soon need credit. In the interim, pay your bills and use credit responsibly. Your score will reflect these smart spending behaviors.

Are you getting ready to make a big purchase, such as a home or car? At least a few months in advance, spring for a copy of your credit scores, Consumer Action's Sherry says.

While the score that you pay for may not be the exact same one your lender uses, it will grade you on many of the same criteria and give you a good indication of how well you're managing your credit, she says. It will provide you with specific ways to improve your credit score -- in the form of several codes or factors that kept your score from being higher.

If you are denied credit (or don't qualify for the lender's best rate), the lender has to show you the credit score it used, thanks to the Dodd-Frank Wall Street Reform and Consumer Protection Act.

Another smart move is to regularly keep up with your credit reports, says Sherry.

You're entitled to one of each of your three credit bureau reports (Equifax, Experian and TransUnion) for free every 12 months through AnnualCreditReport.com.

It's smart to stagger them, Sherry says. Send for one every four months, and you can monitor your credit for free. 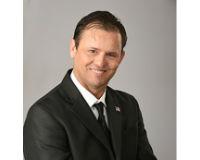 Born and raised in the small town of New Iberia, Louisiana. Later graduated from college with a associates degree in computer networking. Went on to a 20 year career in the oil and gas industry. Now h....

Want to Advertise on this Site?

How Much Life Insurance Do I Need

How Much Life Insurance Do I Need?Start by calculating your long-term financial obligations, then subtract your assets. What's left is the gap that life insurance will have to fill.You can’t

How To Have A Relaxing Vacation While Selling Your Home

How to Have a Relaxing Vacation While Selling Your Home The stresses of selling a house will never completely go away, but these steps will help you enjoy your time away even with a home on

Are You Ready To Buy A Home Or Just Window Shopping

Are You Ready to Buy a Home—or Just Window Shopping?Congratulations, you're officially obsessed with real estate—swerving toward every open house sign and poring over

Why Do You Need Life Insurance? One of the most fundamental questions you should ask yourself when contemplating life insurance is this: Will someone in my life be adversely effected (from a

By registering, you agree to our terms of use and that real estate professionals and lenders may call/text you about your inquiry, which may involve use of automated means and prerecorded/artificial voices. You don't need to consent as a condition of buying any property, goods or services. Messages/data rates may apply.